As Catholocism began to merge with the Maya culture and religion, many of the towns in Guatemala were renamed after the different Saints. Panajachel became ‘San Francisco de Panajachel.’ Saint Francis of Assisi is the patron saint of Pana. Over 300 towns have ‘ferias’ or festivals to celebrate the Saint who watches over their town, each with a different character. Some of the festivities in Panajachel’s feria include parade processions of the statues of St. Francis and his helper saints. Most of these processions, along with folkloric dances, concerts, performances, and other religious ceremonies are held in the plaza directly in front of the Catholic church. Along with the religious aspect, there are many other activities to celebrate during the festival. There are rides, fireworks, sporting events, dances, parties, and a beauty contest, which are very popular among the Guatemalan people. They beauty contestants are judged on not only their beauty, but their knowledge of Guatemalan culture and Mayan traditions.

This is Lidia Lopez, a native Mayan woman from Guatemala, showing some of the textiles she has woven on a backstrap loom. 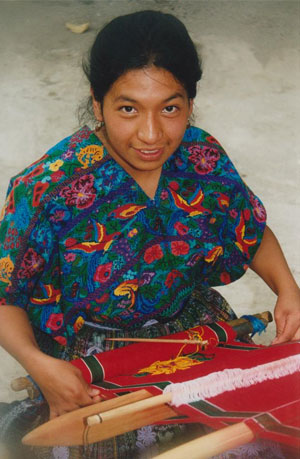 The Guatemalan woman in this photo is weaving on a backstrap loom, just as her Mayan ancestors have done for centuries. 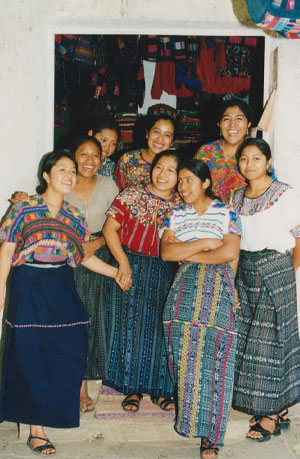 The women of Guatemala have worn the same traditional dress (called ‘traje’) for centuries. They have passed down the art of weaving these textiles through many generations.

Lidia Lopez showing a ceremonial huipil and a huipil from Tactic and telling the meanings of the patterns on them. 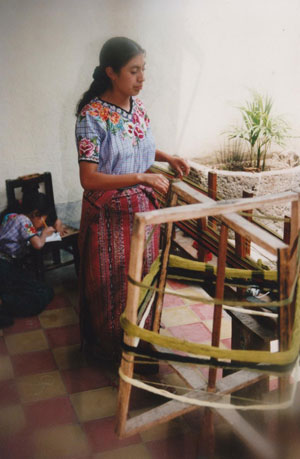 The Guatemalan women make thread out of raw cotton and wrap it around a yarn winder. This keeps the string from getting tangled as they weave it in and out of the pegs on a warping board.